If God gave me an option to go back in history and change one thing. Then I would ask God to change the mindset of the first parent who thought that having an “Brand IIT“ embryo is the highest form of salvation in this world. It really evokes fury in me when I think of parents gossiping endlessly with uncles and aunties flaunting that their son/daughter just made it to the IIT.

Dear Uncle Jis and Aunty Ji’s fuck you all. Because Life is not just securing a degree from top colleges. There is much more to it. Life is not just reading, attending tuitions, wearing thick glasses and ending up being a nerd. Life is much more than that. Allow him be a nerd like Mark Zuckerberg. Allow him to be the next Mozart or the Steve Jobs. Fuel his dreams. Fire his passion and please…

don’t let the society decide what your kids have to be.

With this I today share 3 stories from our own India, which are worth reading. Each one has had his own share of struggle.

Just as I opened the daily newspaper, I found an article on a band called “Divine Raaga” and somehow the interview of the band made me explore a little more on them. The first thing I did was to search the band name in Facebook and find whether are there any friends of mine who have liked it. A page with almost 11K Likes and very few updates did not deter me from exploring more about them.

Here is a list of the tracks from this band.

I googled their band on Soundcloud and heard the song “Baarish” and I liked it very much just like how I liked Heretic Choice Band. 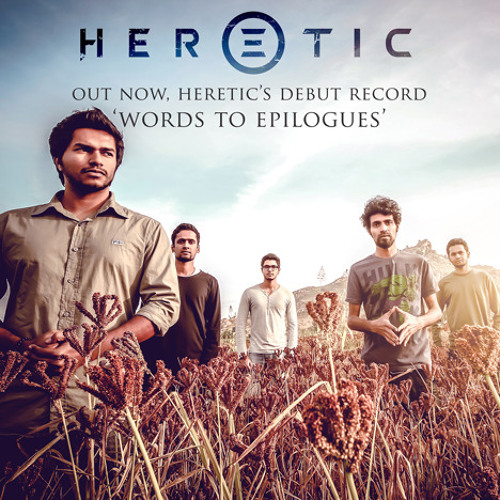 What fascinated me about this band and Heretic Choice was the amount of freshness they brought with each song. My friend Kishore Kumar is a big time metal head and always keeps flaunting metal culture with his cool tees and band logos. I once happened to travel with this guy in his car…. and more than the traffic of Bangalore….. the amount of bass which came out of his car stereo growling metal tunes scared the hell out of me. But, to explore that wierd world, I started searching for metal songs from India and stumbled into Heretic Choice.

I mean, listen to the below track… I am sure you will leave with a LIKE on their track. There are totally 9 tracks from this band and each one is unique of its own kind.

The band also has bagged some awards from RollingStone as well.

Bands like these are a treat to Music Lovers. What they need is support from people like us. Ask any band, and you will get to see their struggles to keep it alive. We see many youngsters today with an electric guitar, long hairs and hip style. But very few thrive to sustain this lonely journey. The biggest challenge comes with the composition of original music and then the most difficult part of recording it and promoting it. Thanks to Youtube and Soundcloud.com which is bringing out the talent straight from the streets of India.

In a country like India, where kids are more valued if they are engineers or doctors it is quite difficult to pursue a career like these and survive for a very long time. Thanks to PlanetRadioCity Freedom Awards, The Hindu MetroPlus for featuring unique bands like these to more and more people.

Similar to the Music Bands Saga, is yet another passion which is always sidelined by parents calling it as “Bakwaas” … welcome to the world of Biking. One such person, who I really admire is Mr. C S Santosh. His website speaks BROKEN BONES, THIRD DEGREE BURNS, OVER EXERTION, OVER EXHAUSTION, THAT’S WHEN HE REALIZED HE WASN’T INVINCIBLE. THEN WHY DO IT?  SCROLL DOWN

What unfolds next is a real treat to any biker. Santhosh is India’s finest off road racer. His journey into the world of biking , that too in a country like India is really an inspiring one. I suggest you to read more about his struggle and his glory here

Santhosh has really created a benchmark in the history of off road racing in India. He is a real life hero who has taken the effort to swim against the current and reach the pinnacle of success.

So what is the final conclusion after the 3 stories?

All these folks have reached a point where personal satisfaction and spirit of following one’s own passion takes a front seat and money takes a back seat. Why then, our parents still feel our kids are ACHIEVERS only if they become Doctors/Engineers? This thinking pattern has to change and it takes each one of us to educate this to people around us. Recently I started teaching few kids near my home, and the first question that those kids asked me were “Maam were you a topper in your school?” I said NO. and then all I got was a smirk from them. Later I made them realize that securing marks are not the only things in life.

Look, how our society has molded our tiny tots !!!

Out of the 3 stories, its upto you whether you consider them as successful people/failures. According to me success must never be measured by how much money one earns through his passion. Success is a journey not a destination. You have to fail many times to be a successful person in your life. And during those times of failures, we should not lose hope.

On this note let me present before you some funny memes which represent the true nature of some Indian Parents.

Last but not the least, the million dollar line which has ruined millions and millions of dreams and is still breaking dreams of another million is LOG KYA KAHENGE (What will people think?)

What people think about your son is not so important than what you think of him. Gossip Mongers and Relatives talk about your son for 2-3 months, but your son’s life will be ruined for another 40 years just because you thought LOG KYA KAHENGE.

Long time back I read this quote from Bible

A gossip betrays a confidence; so avoid anyone who talks too much

Recently few days back I encountered this situation for myself. I wonder why people have so much of free time in this world to peek-a-boo into everyone’s lives and get some titbits of news which they can transmit everywhere in this world. The nature of gossiping about people is quite rampant in all our lives. But little do they realize that, a gossip betrays the million dollar confidence and trust that you had on the person. It just makes you so rigid that next time when you encounter them, you don’t even feel like seeing their face.

Some people no matter how much you grow as a person, never grow up from inside. They still remain the same immature folks as they were before. Few days back, I heard that few of my friends were busy gossiping about one of my close friends. I was asked whether the gossip was true or not. My answer annoyed most of them in the group.

“WTF… How the hell is this even connected with that person. Why dont you guys please shut the f*** up and mind your own business”

Honestly, previously I was under the wrong notion that, only girls are capable of gossiping about each other. Because most of the gossips came from my lady friends about my male friends. But my recent encounter made it crystal clear that Gossiping is UNISEX. They don’t need any credentials. They just drive pleasure criticizing about someone or the other all their lives. Female/Male both are capable of gossiping. I lost confidence on 2 of my close friends who instilled in me this fact. The best life hack I use when I encounter such folks is that

I AVOID ANYONE WHO TALKS TOO MUCH OF UNNECESSARY STUFFS.

Does that mean every word coming from my mouth is sensible? NO. Every man has his own flaws. The point is instead of pin pointing each others flaws and glorifying them, its better that you keep your mouth mum. In a world where people are connected with just a click through WhatsApp/Viber/FB/Twitter, it takes no time to spread bad rumors about people. The resultant of these false rumors can be catastrophic since it damages one’s reputation in public. People say I appreciate people way too much. But honestly, appreciating a poor performer doesn’t cause any damage. Instead it just motivates him to work more. Appreciating people around you creates good vibes around you and helps build positive and strong networks.

Gossiping just betrays confidence and trust. Without confidence and trust from others in this world, it is quite difficult to have a self identity of your own. Imagine a situation, where people invite you in groups just because you are a bag full of rumors. The day you are proved wrong, imagine the amount of disgust that you will have to face from them. Unfathomable !!!

Be a person who builds others up and not humiliates someone. It is easy to spoil someone’s image ; even more easy to spread wrong facts. But it is impossible to earn TRUST from a friend who thought you were a gentleman.

I am sure, all of you who are reading this would have experienced one such situation where someone close to you would have caused huge amount of damage by spreading wrong facts about you. Let me know, how did you handle such a situation. Would love to read some inspiring stories.

Lots of love and hugs,